Dynimize, the industry’s first CPU performance virtualization software, allows users to improve the CPU-side performance and power consumption of select workloads, allowing them to extract greater value out of their current compute infrastructure. Dynimize can be deployed with almost no installation effort by the end user and without having to restart target applications, thereby resulting in instant RO. 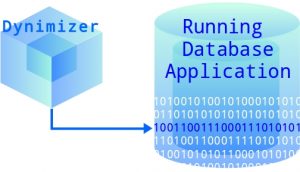 • Improved CPU performance
IPC (instructions per cycle) improvements of up to 50%, resulting in greater performance for some CPU intensive workloads. Instruction cache misses, instruction TLB misses, and branch prediction misses may be reduced to provide the effect of having greater CPU resources than actually exist. It reduces MySQL load on the server.
• Reduced CPU energy consumption
By increasing IPC, processors require fewer cycles to perform the same amount of work, thereby reducing energy consumption and improving performance/watt. Applications can now spend more time idling and less time burning CPU cycles, saving energy and freeing up CPU resources for other work.
• Fully autonomous
Dynimize runs as a stand alone background process and automatically detects and optimizes CPU intensive applications.
• Highly configurable
Dynimize can be run autonomously or invoked directly on specific program instances or processes. Controls can be put in place to limit the applications it targets.
• Zero downtime, instant ROI
Dynimize can be applied to off-the-shelf applications without having to make any changes to them or their host systems. Running applications do not need to be restarted, and their source code is not required. Applications can be optimized in 60 seconds.

BUY FOR ONLY $1 per month PER CPU CORE