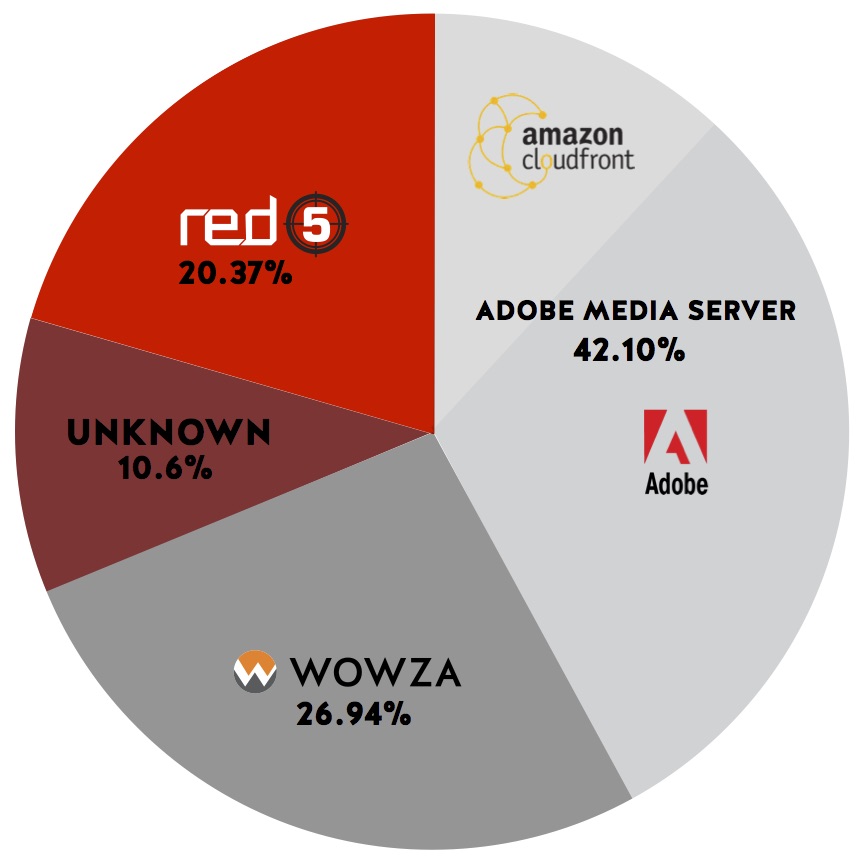 The Adobe Flash Media Server has been around for a very long time. The Flash Media Server or (FMS) is the one ideal solution to broadcast live videos over HTTP. Adobe was leading the live media streaming market with FMS until suddenly they decided to start licensing their products. Businesses started looking at other options besides Adobe FMS; this is where Wowza and Red5 came into picture.

Red5 was developed and offered as an open-source version of Adobe FMS. However, Red5 got a very mild reception. On the other hand, in 2005 the company Wowza Media Systems was founded in Colorado. A few individuals developed a product called Wowza that could stream high-quality live video to just about any device. Initially, Wowza was offered as a low-cost alternative to Adobe FMS, and the product was well received by the industry.

In 2009, Wowza introduced Wowza Media Server 2, which had the capability to stream videos to about any device of any size. With this new version, Wowza moved ahead of the Adobe Flash Media Server to provide support for many devices such as:

– As well as almost any smartphone and tablet that supports 3GPP.

The current version, Wowza 3.5, easily delivers high-quality video and audio over IP networks to multiple devices of any screen size.

Wowza has emerged as a major competitor for Adobe, which Adobe might not have expected. The features, quality and performance that Wowza offers make it a very desirable product. Wowza has now become the product of choice for service providers, media properties, enterprises, and other organizations.

Wowza is a Java-based application, whereas Adobe FMS uses AS3 and javascript languages. Many developers find it hard to transition from AS3 to Java; however, considering the IDE provided by Java and the huge support offered by Wowza for developers, this should be an easy move. Wowza offers many free tools and support options for developers, which Adobe lacks. Of course, Red5 is also a serious alternative especially with the existence of the Red5 Pro Server. In fact, it is seen that more and more people are turning to Red5 as an alternative to Wowza and its market share is increasing day by day. Naturally, there are also some new alternatives coming up such as the MediaCP server.

Guven Technology - Your onestop solution to streaming and hosting Dismiss