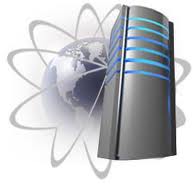 Summary: If you have more than one website or if you are providing web hosting services, then you may be in need of a server. There are two types of servers and one would be Virtual Private Server and the second would be a Dedicated Server. Naturally, their costs would be different, but their performances and their functionality would also be different. This article discusses the features of both types of servers and how to choose between them.

Internet has undoubtedly become the most important dynamo for knowledge on the planet. With the internet, it is very easy to reach any sort of knowledge in a matter of seconds. Moreover, internet doesn’t have an owner as it is made up of hubs and millions of servers across the planet. For any website to function, it is essential for it to have a web server which contains the site along with its content, database and software. If you need to host more than one website, then it may make more sense for you to just get a server of your own.

Basically, you have two choices. You can have a Virtual Private Server (VPS) or you can have a Dedicated Server. Basically a Virtual Private Server is a server which is created with a software and you can have many VPS servers on a single machine. By using a VPS, you can host a multitude of websites and it can help you to put all of your websites under just one roof in an affordable manner. However, the downside would be the fact that you won’t have your own dedicated machine and the resources of a VPS would be distributed. Hence, basically you would be sharing the resources of the same machine with many other VPS which are installed on it. Hence, if you have websites which are resource intensive, you may be faced with a resource crunch.

A dedicated server on the other hand would allow you to have your own server, which is dedicated only to you. This would help you to have the resources planned and managed only by you. This can especially be useful if you are having very resource intensives websites such as streaming sites, game sites, chat sites, social media sites etc.

Of course, there will be a serious cost difference between a dedicated server and a virtual private server. You will have to make sure that you have a budget as well as a technical plan of the needed resources. If you are planning to have only regular websites then using a VPS will usually be enough, but if you are thinking of using a streaming server such as a Shoutcast server, then using a dedicated server will be a good idea. For some people, the best way would be to start with a virtual private server and then gradually move toward a dedicated server as your income revenue increases. Also for major companies, it is always a good idea to have your own dedicated server for corporate security of your files and website as these types of servers will also be more secure as you don’t share them with anybody.

One Thought to “How to Choose Between a VPS and a Dedicated Server?”

Guven Technology - Your onestop solution to streaming and hosting Dismiss